Singapore, 19 July 2019 – Across the globe, BETADINE® commemorates the 50th anniversary of the Apollo 11 moon landing and its honourable connection to the inaugural manned lunar mission that placed the first humans on the surface of the moon and back to earth.

As the world celebrated the return of the first humans to walk on the moon, history was also made for BETADINE® as the antiseptic was chosen by NASA to disinfect Apollo 11 against any space bacteria that might have hitched a ride back to earth. At the time, scientists had very little idea of what organisms could inhabit the moon, so prior to the mission, NASA chose BETADINE® – the trusted antiseptic by hospitals around the world – to battle any pathogens.

Space travel has progressively evolved and innovated and so has BETADINE®. Widely used as a first line of defence against topical infections, the brand has since expanded to a wide range of categories and many products. Trusted by consumers around the world, BETADINE® products, which contain povidone-iodine, kills germs that cause the spread of some of the nastiest diseases here on Earth, including Influenza, MERS, SARS, HFMD and Ebola.

Mundipharma CEO, Raman Singh, said: “We’re delighted with how far we’ve come with BETADINE® but progress does not stop there – we have big plans for the future. NASA is aiming at a manned mission to Mars; we’re aiming to substantially improve healthcare for the human race.”
“Both are bold ambitions but so was President JFK’s when he announced America’s plan to go to the moon more than 50 years ago. We remain proud to have been part of that special moment in history and it’s fitting to be commemorating it now.” 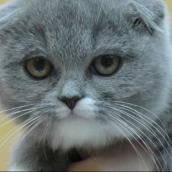