Melbourne, Australia; 3 September 2019: Starpharma (ASX: SPL, OTCQX: SPHRY) today announced that it has received a further regulatory approval in an Asian country for VivaGel® BV. This approval follows multiple country approvals in the region as previously announced on 15 August 2019. Mundipharma will be rolling-out the product in Asia under the brand name BETADINETM BV Gel.

In addition to these approvals, Starpharma and Mundipharma have submitted further regulatory submissions in countries across Asia and other Mundipharma regions. This approval, and the previous announced approvals, will facilitate and accelerate further registrations in Asia.

Dr Jackie Fairley, Starpharma CEO, commented: “We are very pleased to achieve momentum with these approvals for VivaGel® BV in Asia. We are working closely with Mundipharma to achieve approvals throughout the region and look forward to providing this breakthrough product for BV to patients in Asia”.

Raman Singh, Mundipharma CEO, commented: “This is another important step in our efforts to establish BETADINETM BV Gel as the category leader in Asia for the management of bacterial vaginosis (BV) as part of the successful Betadine brand portfolio in the coming months.”

The specific countries which have been granted regulatory approval in Asia currently remain undisclosed at this time for competitive reasons.

VivaGel® BV is a novel, non-antibiotic therapy for the treatment of bacterial vaginosis (BV) and prevention of recurrent BV. BV is the most common vaginal condition worldwide and twice as common as thrush. One in three women will experience BV and half of these women will have recurrent BV. VivaGel® BV is an Australian innovation – invented, fully developed and taken through to commercialisation by Starpharma.

BV is a troublesome and often recurrent condition that causes unpleasant vaginal odour and discharge symptoms that have significant social impact for women. BV has also been associated with a range of other serious reproductive health-related medical problems.

Starpharma Holdings Limited (ASX: SPL, OTCQX:SPHRY), located in Melbourne Australia, is an ASX 300 company and is a world leader in the development of dendrimer products for pharmaceutical, life science and other applications.

Starpharma’s underlying technology is built around dendrimers – a type of synthetic nanoscale polymer that is highly regular in size and structure and well suited to pharmaceutical and medical uses. Starpharma has two core development programs: VivaGel® portfolio and DEP® drug delivery with the Company developing several products internally and others via commercial partnerships.

VivaGel®: Starpharma’s women’s health product – VivaGel® BV is based on SPL7013, astodrimer sodium, a proprietary dendrimer. VivaGel® BV for bacterial vaginosis (BV), is available for sale under the brand name Betadine BVTM (Europe) and Fleurstat BVgel (Australia) and a new drug application has been submitted to the US FDA. Starpharma has licensed the sales and marketing of VivaGel® BV to ITF Pharma for the US; Mundipharma for Europe, Russia, CIS, Asia, the Middle East, Africa and Latin America; and to Aspen Pharmacare for Australia and New Zealand. Starpharma also has licence agreements to market the VivaGel® condom (an antiviral condom which includes VivaGel® in the lubricant) in several regions, including Australia, Europe, Canada, China and Japan (Okamoto). The VivaGel® condom has been launched in Japan under Okamoto’s 003 brand, and in Australia and Canada under the Lifestyles® Dual ProtectTM brand.

This document contains certain forward-looking statements, relating to Starpharma’s business, which can be identified by the use of forward-looking terminology such as “promising”, “plans”, “anticipated”, “will”, “project”, “believe”, “forecast”, “expected”, “estimated”, “targeting”, “aiming”, “set to”, “potential”, “seeking to”, “goal”, “could provide”, “intends”,  “is being developed”, “could be”, “on track”, or similar expressions, or by express or implied discussions regarding potential filings or marketing approvals, or potential future sales of product candidates. Such forward-looking statements involve known and unknown risks, uncertainties and other factors that may cause actual results to be materially different from any future results, performance or achievements expressed or implied by such statements. There can be no assurance that any existing or future regulatory filings will satisfy the FDA’s and other authorities’ requirements regarding any one or more product candidates nor can there be any assurance that such product candidates will be approved by any authorities for sale in any market or that they will reach any particular level of sales. In particular, management’s expectations regarding the approval and commercialization of the product candidates could be affected by, among other things, unexpected trial results, including additional analysis of existing data, and new data; unexpected regulatory actions or delays, or government regulation generally; our ability to obtain or maintain patent or other proprietary intellectual property protection; competition in general; government, industry, and general public pricing pressures; and additional factors that involve significant risks and uncertainties about our products, product candidates, financial results and business prospects. Should one or more of these risks or uncertainties materialize, or should underlying assumptions prove incorrect, actual results may vary materially from those described herein as anticipated, believed, estimated or expected. Starpharma is providing this information as of the date of this document and does not assume any obligation to update any forward-looking statements contained in this document as a result of new information, future events or developments or otherwise. 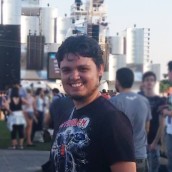